What a vivacious get-together … Enthusiastic meeting followed by an amazing party! So many stories, so many laughs … and such good food …

We had a speech by Sapandeep Randhawa – Storytelling #1: The Folk Tale – “Crow Brings the Daylight”, followed by an amusing THINK FAST! Session led by Topicsmaster Pierre LeBlanc, who placed us in awkward Christmas/holiday situations.

Most Enthusiastic went to Jeff Pedersen for his hilarious table topic speech about his mother-in-law’s horrible knitted presents.

I’ll let the pictures tell the rest of the story … 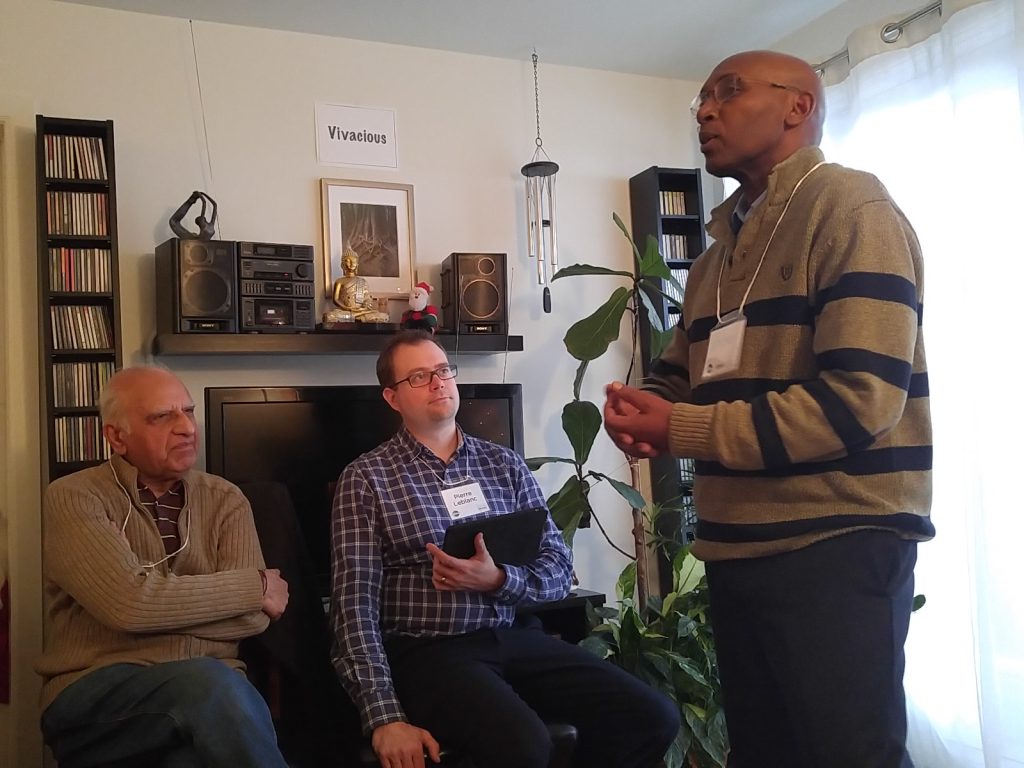 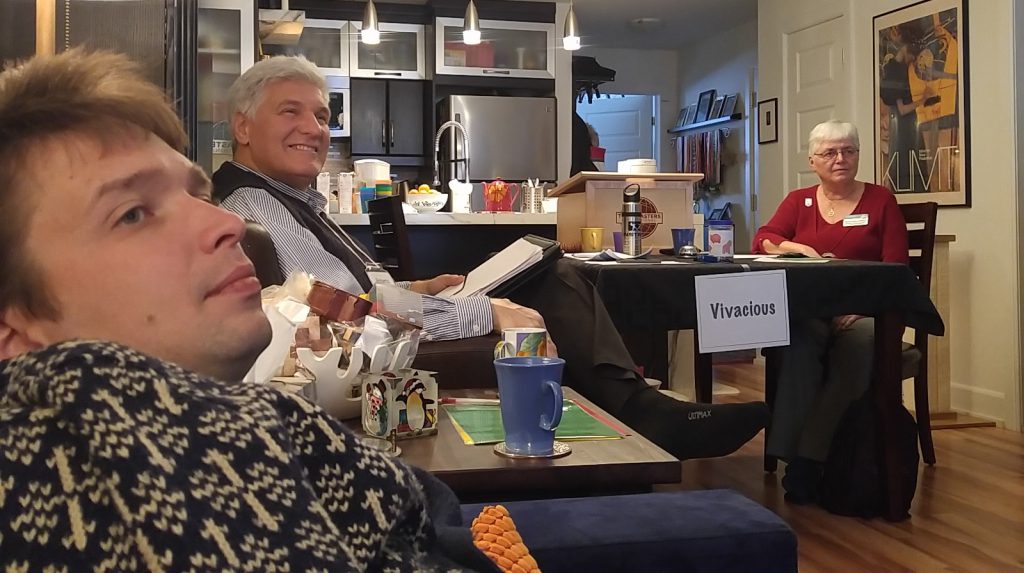 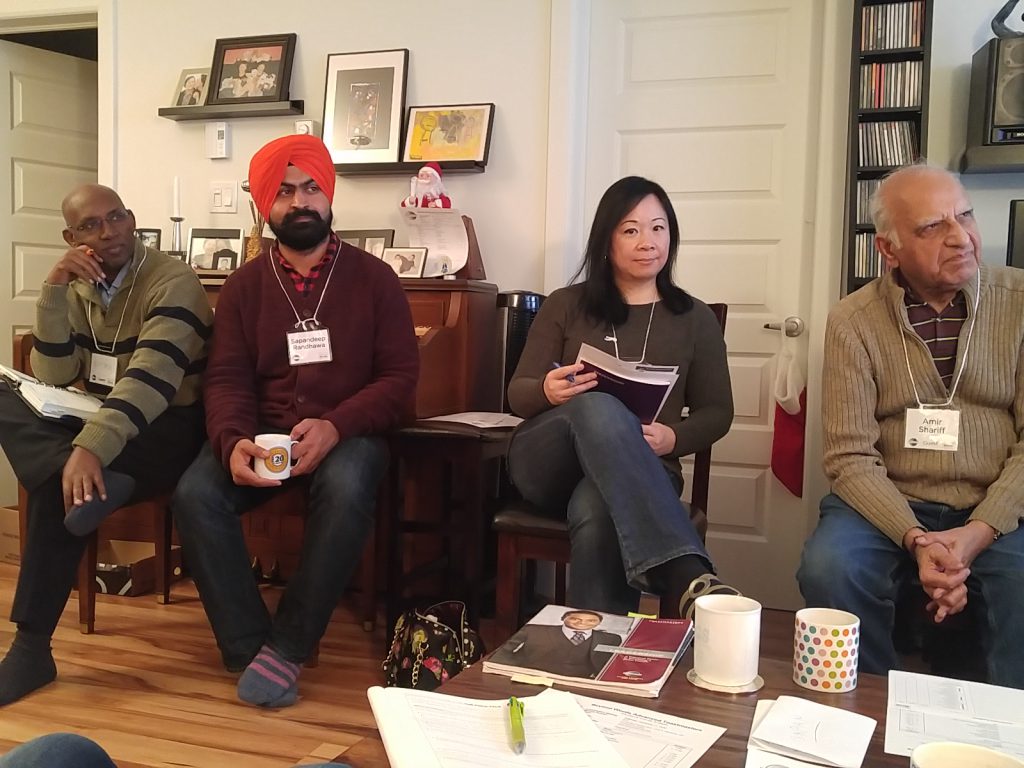 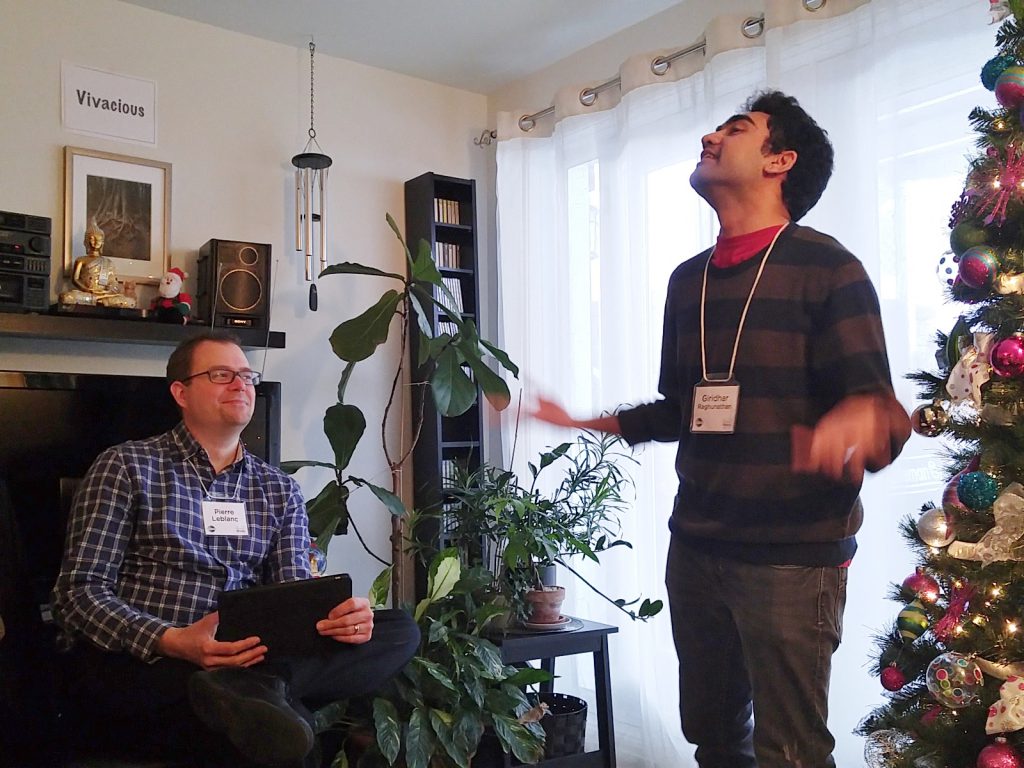 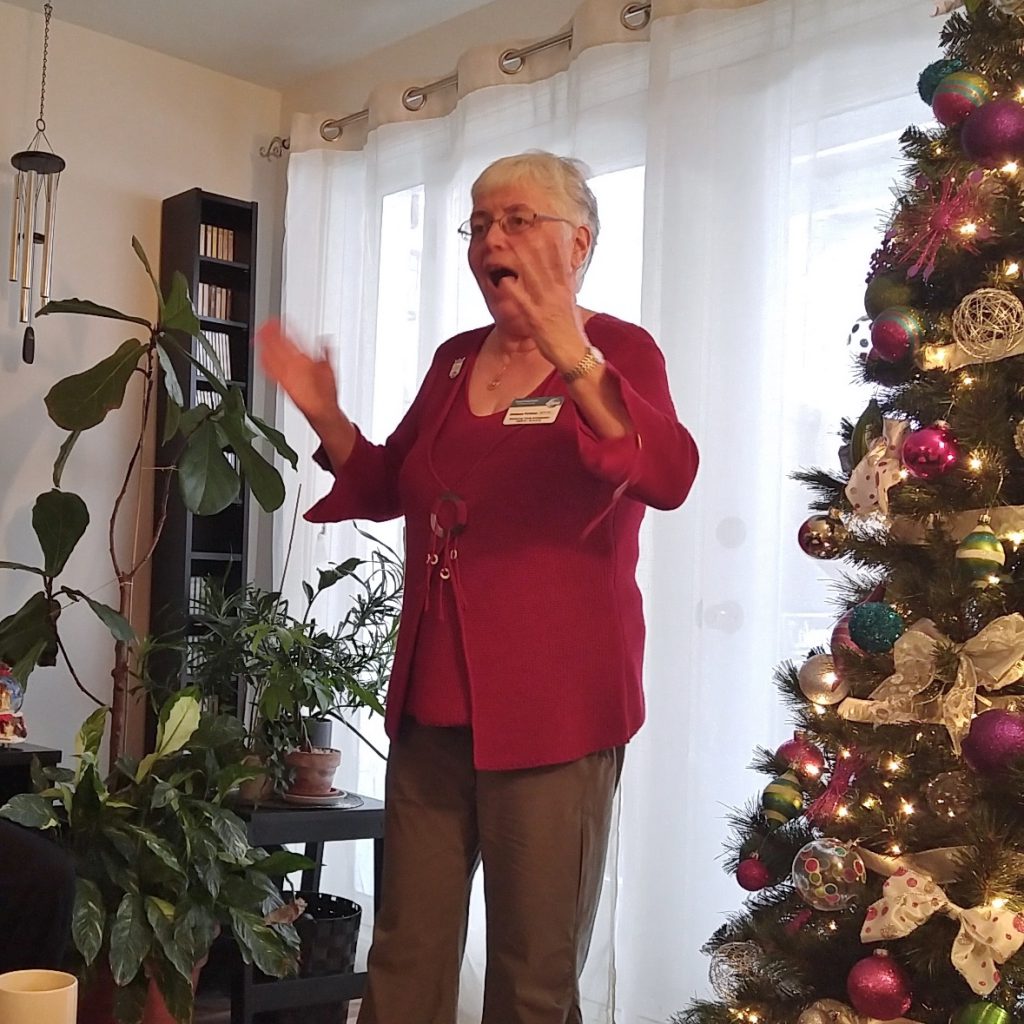 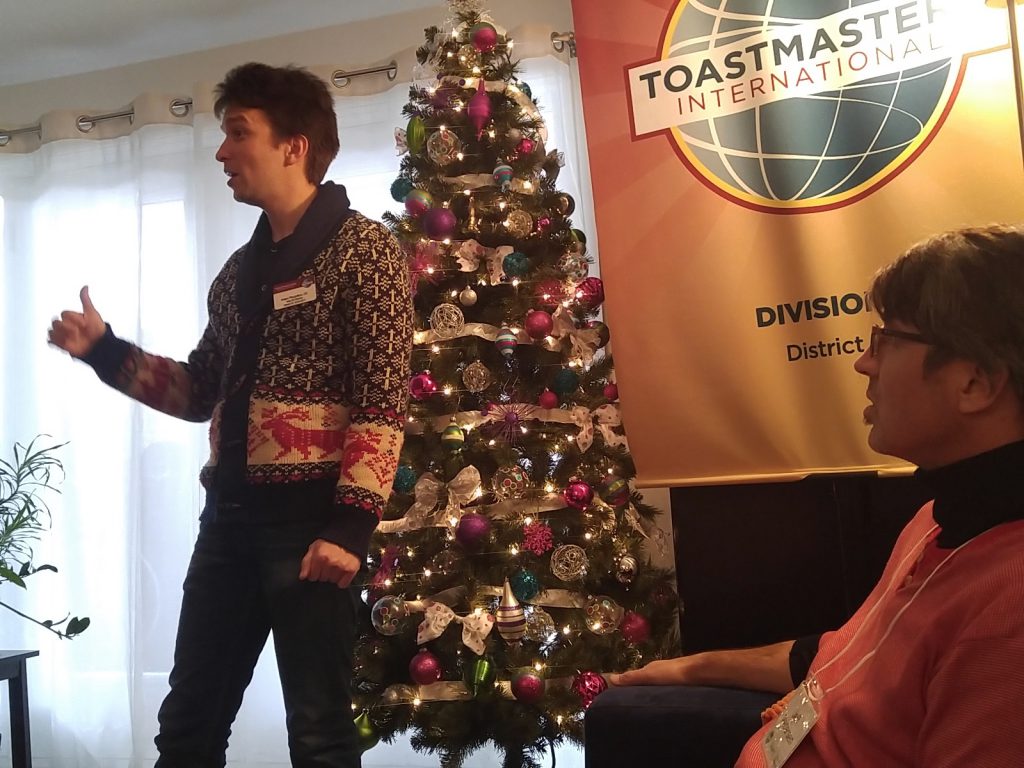 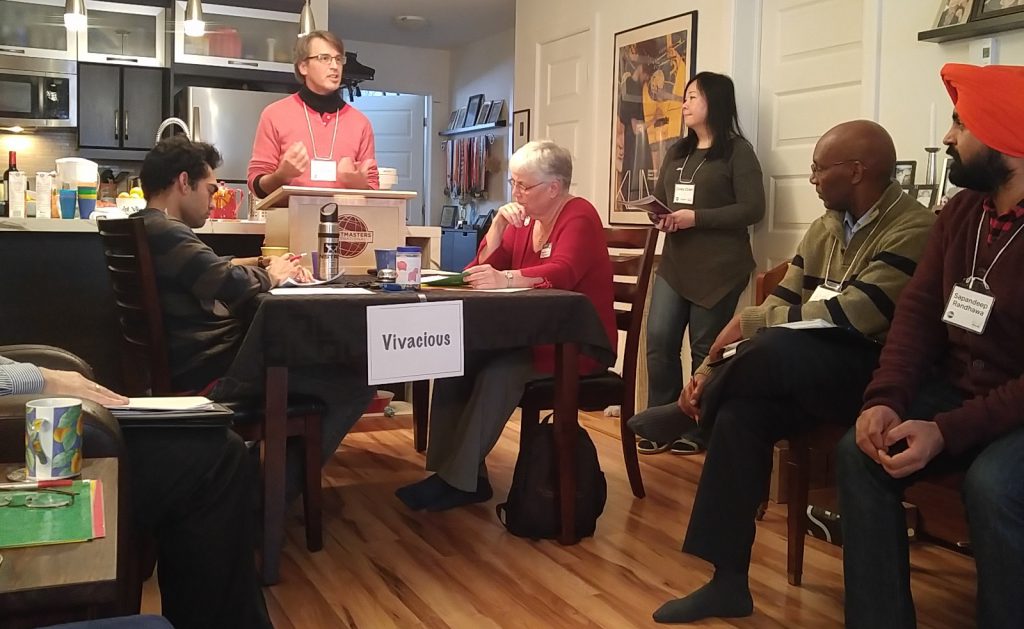 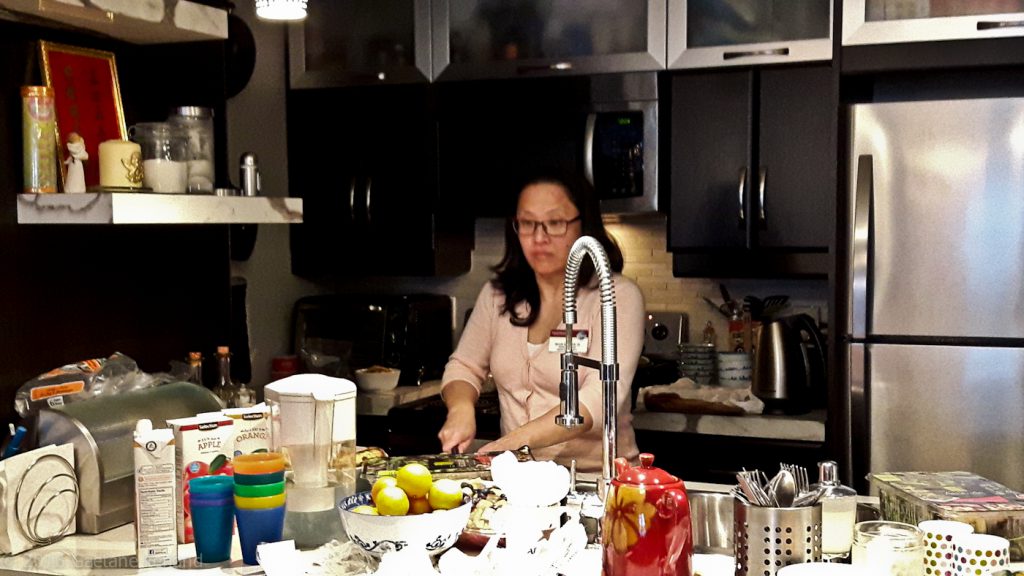 Bonnie Mak prepping in the kitchen 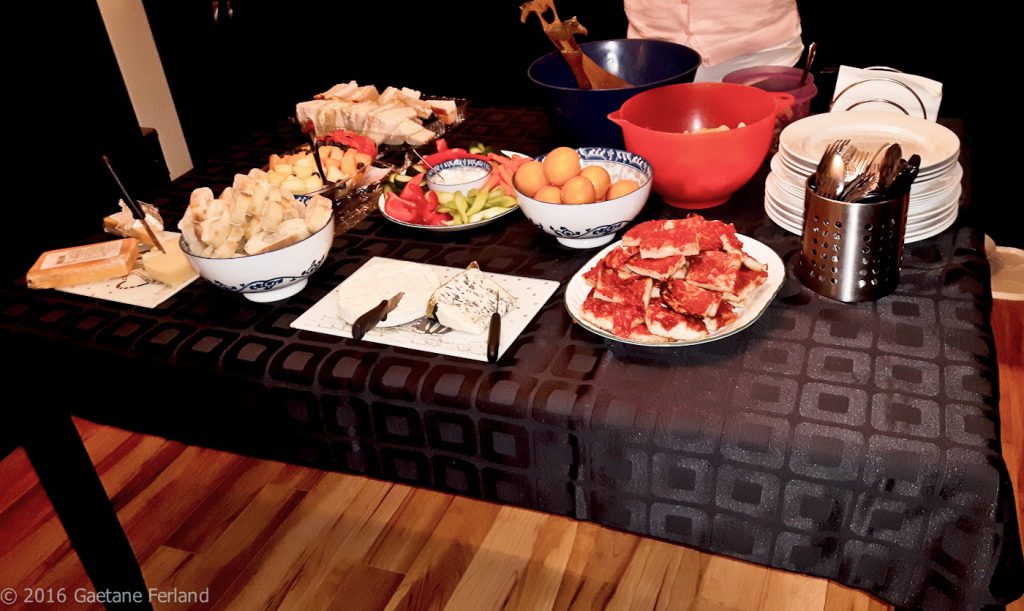 What a delicious spread! 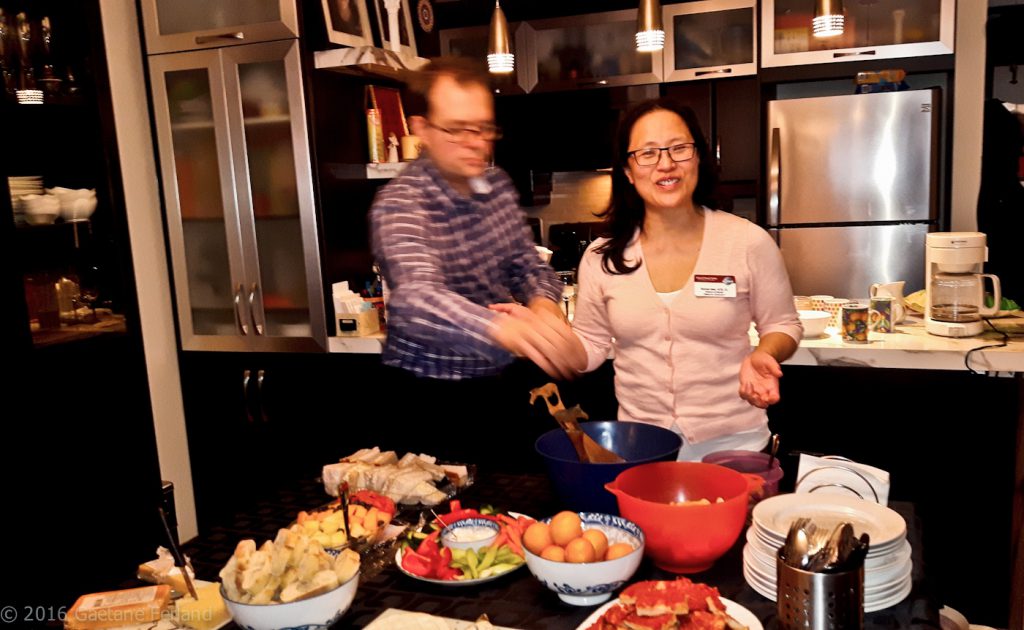 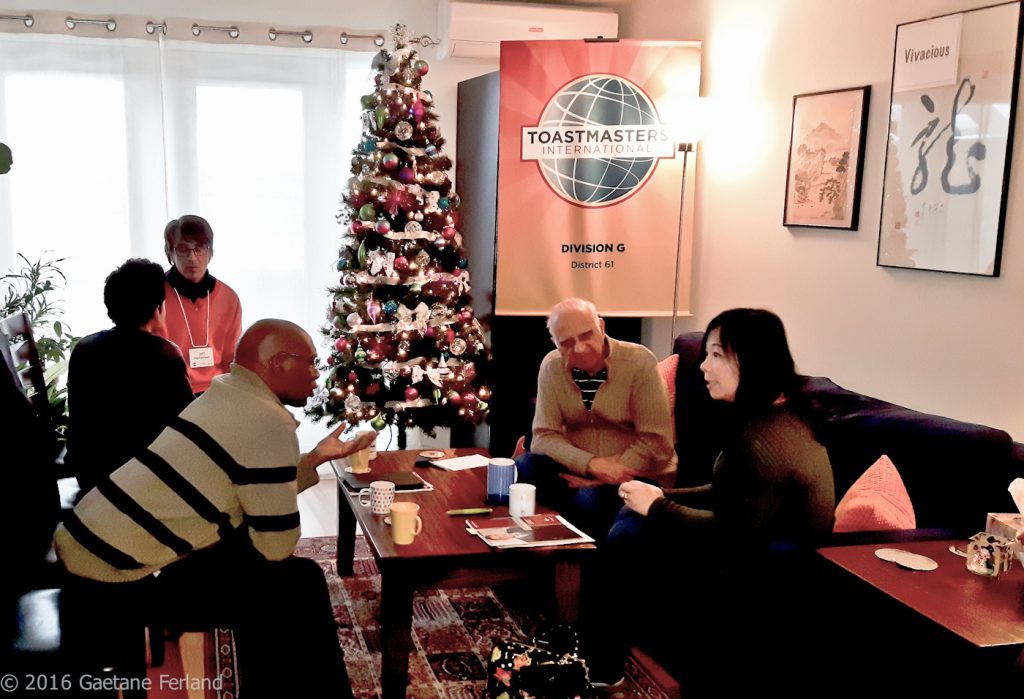 Beyond Words sharing Holiday cheer, what a fabulous party! Thanks for attending.

President, Beyond Words. All-round groovy girl ... just a tad impetuous, more than a little zany! I joined Toastmasters in February 2013 and it's been quite the exciting ride ...
View all posts by Bonnie Mak →
This entry was posted in Special event. Bookmark the permalink.